Some months ago I managed to print a small dragon's head i found somewhere in the net. This is the best print so far. 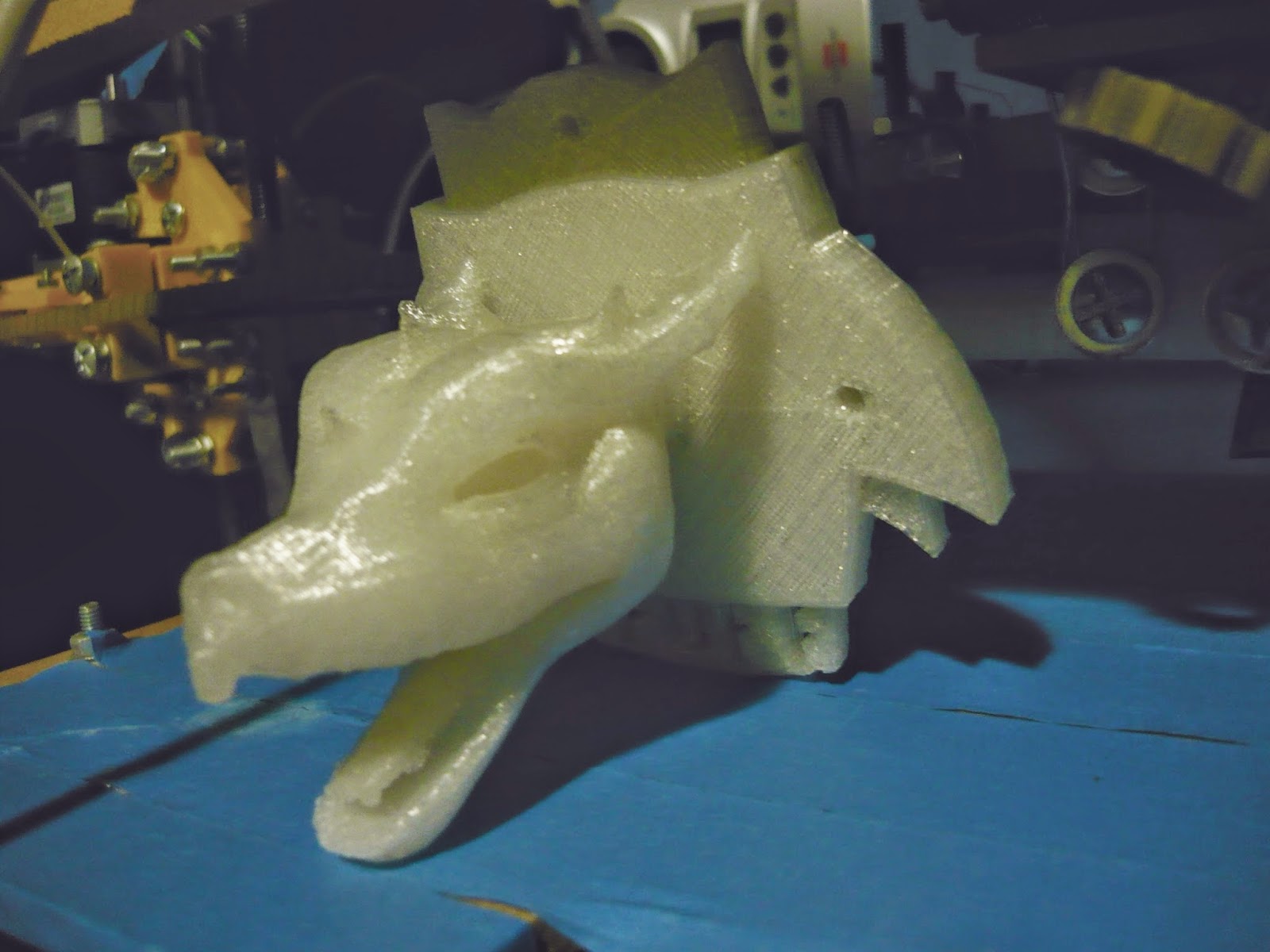 Using some gear designs from thingiverse i printed some decorative parts for a wall clock. The mechanism was taken apart from an old broken clock. 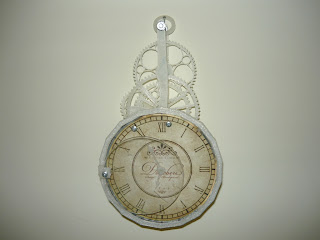 So, many months since i started building my mendel i am happy to publish my complete 3d printer. All parts are now made of PLA and the quality of printing has been improved remarkably. With some more detailed calibration the accuracy is expected to be even better. 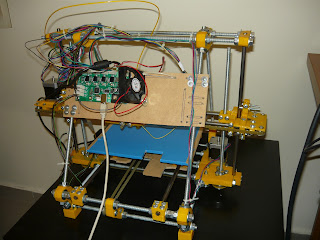 On the way to evolution

So, these are some of the printed parts that will replace the old stuff. The quality is not the best, but they are good enough in order to fit one each other and they are solid enough to stand the load they are supposed to. There is no need at the present to try and increase the quality. This will be done later. 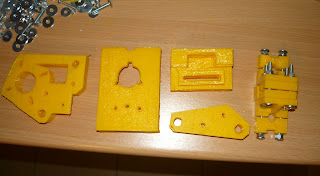 After reading a lot about reprap i decided  to get one. So, with not enough money in my pocket to buy all needed materials i had to try and build a low budget reprap. And because i have no knowledge of current, circuits, volts, amber and things like these, i was forced to buy Gen6 all in one kit electronics. In order to lower my budget i thought i should try and cut my own plastic parts using expanded polysterene. It is commonly used in construction and pretty big pieces of it are useless and go to the garbage. Resistance of polysterene is not very high so i had to replace some parts using MDF. I bought as much materials as i could from local shops and realized we have luck in many things. The screws and bolts are simple (because they were cheaper) and not those described in reprap.org. As i wanted to make it more steady i used a lot of wire and insulating tape.

As a result, i believe i achieved to built the ugliest reprap i have ever seen. But the thing is it works. And i don't care if it won't last. I just want to print my own parts. 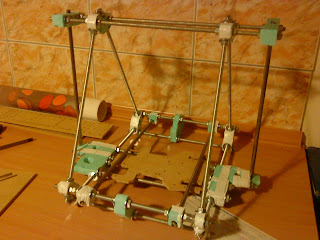 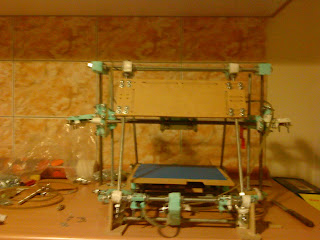 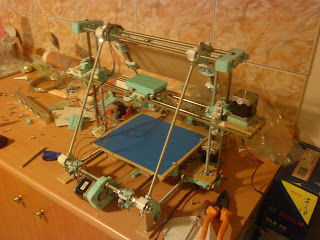 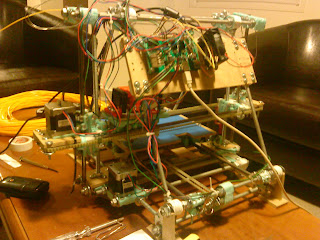